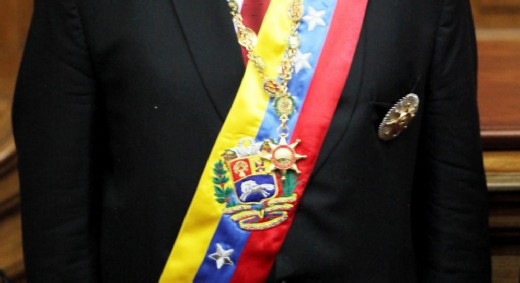 Position of the Center for Justice and Peace (Cepaz) regarding January 10, date upon which, by Constitutional provision, the President of the Republic should be sworn in.

On September 15 2017, coinciding with the International Day of Democracy, the Center for Justice and Peace, Cepaz, published its report: «The Final Thrust to Democracy», an analysis of the dizzying and aggravated social, economic and political crisis in the country. This report dealt with the deterioration and regression suffered by democracy in Venezuela over the past 20 years. We particularly documented and denounced actions whereby the government and its principal actors struck against the pillars of democratic liberties in Venezuela, with the final blow being the proposal and realization of the installation of the National Constituent Assembly, bringing us to a new and dark chapter of Venezuelan history in which the existence of a non-democratic government is evident.

In June 2018, Cepaz published its report: “Portrait of the Elections of May 20 2018, initiative for the DENUNCIATION, DOCUMENTATION AND DISSEMINATION IN FAVOR OF THE EXERCISE OF POLITICAL RIGHTS IN VENEZUELA”, regarding the electoral event carried out on May 20 in which the presidential election took place. This initiative yielded several findings that detail the incidents catalogued from January 23 to May 22 2018 during the electoral event and their relation to the exercise of political rights by Venezuelans. At that time, Cepaz concluded that said event did not afford the guarantees and conditions to be considered a fair, equal and transparent election, in the framework of the respect for human rights. Furthermore, we presented before the country 10 recommendations of which those guarantees should be in order to have authentic elections in Venezuela.

In August 2018, Cepaz published its report: «Institutional Landslide: one year of National Constituent Assembly», wherein we carried out an exhaustive review of actions by the National Constituent Assembly (ANC) from its installation on August 4 2017 up to July 15 2018. In that report we reiterated the warnings about the threat posed by a body lacking in all democratic legitimacy and functionality and which suffered not only from constitutional vices stemming from its convening, but also from the supraconstitutional nature it claims for itself. However, the final aim of this report was to show through pertinent documentation how the actions taken by the ANC have, as their true purpose and nature, the granting of the government’s permanence in power by an antidemocratic and unconstitutional body. In that same report we made it clear that Venezuela needs a process of re-institutionalization wherein constitutional provisions are respected, without shortcuts or recourse to means that entail further violations of human rights or that compromise Venezuela’s development, in order to create for ourselves a path toward peace and democratic recovery.

All this information was duly presented before international human rights bodies, which have been following the situation in Venezuela closely. [1]

It is thus that, faced with the arrival of January 10, date upon which, in accordance with the Constitution, the President-Elect should be sworn in, at Cepaz we reiterate all our denunciations made in light of the rupture of democratic institutions and our proposals for the peaceful rescue of our democracy.

There is a complex humanitarian emergency in Venezuela which day by day claims the lives of thousands of Venezuelans. The democratic order is in agony and requires a coherent and comprehensive response on the part of actors called upon to act in the face of this challenge of vast dimensions. We at Cepaz therefore: