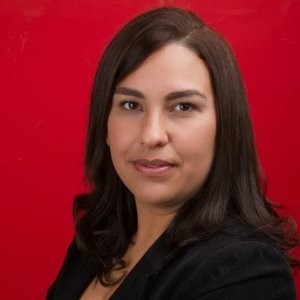 Venezuela has been immersed in a political crisis for some time now. In May 2018, while hundreds of thousands of Venezuelan citizens were leaving the country to flee hunger and political persecution, President Nicolás Maduro was re-elected in an election questioned by many in civil society and the international community as dubious. CIVICUS speaks about the current situation with Beatriz Borges, Executive Director of the Justice and Peace Centre (Cepaz), a civil society organization focused on the promotion and defense of democratic values, human rights and a culture of peace in Venezuela.

What is the situation at the moment, and what are the prospects for a peaceful democratic change?

The situation is very complex and unfortunately uncertainty currently prevails. The complex humanitarian emergency underway is causing Venezuelans to suffer and costing some their lives, while the breakdown of democratic institutions and the disappearance of any vestige of the rule of law and independent institutions has left us in a state of utmost defencelessness, without any guarantee for the exercise of our rights. According to projections by international organizations, the Venezuelan exodus, which at five million people to date is the largest in the history of our hemisphere, will grow by an additional two million people in 2019. This is mainly fed by hopelessness and the sheer need for survival. This is the result of 20 years of attrition. But despite the adverse context, we have an active civil society and democratic leadership that is very weak but continues to struggle for the restoration of democracy in Venezuela.

The May 2018 elections were considered illegitimate by both the political opposition and many in civil society. What irregularities occurred during the electoral process?

With regard to the presidential election held on 20 May 2018, in June Cepaz published a report, ‘Portrait of the electoral convocation of 20 May 2018’. This was a documentation, dissemination and denunciation initiative aimed at defending the exercise of political rights in Venezuela. This initiative summarised the findings of an analysis of the process that started on 23 January 2018, with the announcement of the presidential election – initially scheduled for 22 April and subsequently rescheduled for 22 May – in terms of its impact on Venezuelan citizens’ ability to exercise their political rights.

Our report concluded that the electoral process did not offer the minimum guarantees and conditions necessary to be considered fair, equitable, transparent and respectful of human rights. It included 10 recommendations regarding the guarantees required for holding an authentic election:

In addition, Cepaz reported to the Inter-American Commission on Human Rights (IACHR) that the political rights of Venezuelans have been restricted and we no longer count on the usual citizen’s tool, the right to vote, to achieve political change. In May 2018, shortly before the elections, we participated in a joint hearing, alongside other organisations, in which we requested that attention be paid in case there were reprisals or obstructions to the work of human rights defenders (HRDs) and national election observers, and we asked the Commission to urge the state to respect the work of journalists and the media during the electoral process. More recently, on December 2018, we took part in another hearing in which we again warned of the deterioration of political rights and citizen participation in Venezuela, with an emphasis on a process underway that was deliberately aimed at weakening opposition political parties and driving them to extinction, with the disappearance of 90 percent of political parties over the past eight years; the lack of independence and impartiality of the National Electoral Council; and the establishment of a regime of repression and persecution that has been turned into state policy, including arbitrary detentions, torture, forced disappearances, extrajudicial executions, deaths in custody and repeated violations of due process, the right to defence and access to justice.

Has space for civil society deteriorated further after the May elections?

What we are seeing today is the accumulated result of many years of deterioration, the undermining of democracy and the criminalization of the exercise of rights. Civil society organizations (CSOs) have been deeply affected, not only through the enforcement of restrictive laws that limit their operation, but also and above all through the creation of a high-risk environment, in which threats and attacks against HRDs and CSOs have become a daily occurrence. The hyperinflation process that we are going through also greatly affects the functioning and stability of CSOs, as does the ongoing exodus, given that many members of organizations and activists have left Venezuela, impacting on the composition of their teams.

What makes me hopeful, however, is that many continue to work from outside Venezuela, and within the country as well, the organizations that remain active have stayed committed to working towards the recovery of democracy and the defense of human rights. While we have been very affected, even in such an adverse context we have found ways and mechanisms that allowed us to continue working and support victims, including by forming and taking part in networks, working collaboratively, gaining awareness of the need to protect ourselves and setting up security protocols.

Do you think Venezuela is currently facing a humanitarian crisis as well as a political one? What help would be required to solve it?

As we said in a recent report submitted to the United Nations High-level Political Forum on Sustainable Development, since 2015 Venezuelan civil society has made sustained efforts to warn, on the basis on evidence, about the large-scale complex, severe and urgent humanitarian emergency that Venezuela is going through. This emergency had its origin in government policies that dismantled the rule of law and democratic order; destroyed the country’s economic and institutional capacity, depriving millions of Venezuelans of essential goods and services; and applied coercion and state violence against those who questioned or opposed those policies.

At the cost of extensive and profound suffering and loss caused to the Venezuelan population, the government has ignored offers of and criminalised international cooperation and humanitarian aid, despite the demands expressed by the people affected, CSOs, the National Assembly, the United Nations Office of the High Commissioner for Human Rights (OHCHR), the committees that monitor international treaties, the special rapporteurs of the universal human rights protection system, the IACHR, the Organization of American States (OAS), the European Union, Mercosur and various countries from several continents.

Cepaz has devoted great efforts to advocacy in regional and international forums. What have you achieved and what challenges have you faced?

In the case of Venezuela, the aggravation of the situation, the projections of damage and the level of vulnerability and risk that citizens face when exercising their rights require a consistent, assertive and diligent action by the international community – one that combines humanitarian action and human rights protection. Therefore, CSOs’ international action requires strategy and coordination to pressure for and activate an international response.

To be effective in this area, one must understand the pace of decision-making and political structures, define clear objectives and asks, do a lot of preparation and lobbying, understand the risks and create adequate tools to protect those who will carry out these actions. To achieve greater impact and wider reach, coordination agreements are also needed so instead of duplicating efforts, initiatives complement one another. This is all part of the work that Cepaz is doing in coordination with other Venezuelan CSOs as well as internationally. We face many challenges, including difficulties in traveling and the risks that HRDs face, but we believe that offering a counterbalance in terms of information and advocacy with key stakeholders is key.

In recent years a good part of Venezuelan civil society has participated in and submitted information to the technical bodies of human rights protection systems. Within the Inter-American system, they have taken part in IACHR hearings, requested precautionary measures and presented cases; within the United Nations system, they have submitted reports to treaty bodies, special procedures and the Human Rights Council’s Universal Periodic Review process. The reports published and the pronouncements made by international organizations have been based mostly on the information provided by civil society. Our work has been key in obtaining the important response we had in 2018, in the form of a country report by the IACHR, a second report by the OHCHR, a report issued by a panel of independent international experts appointed by the OAS Secretary General, several statements by special rapporteurs, and the inter-state referral of Venezuela’s situation to the International Criminal Court, with the requirement that it investigates the possible commission of crimes against humanity.

What support from the international community does Venezuelan independent civil society require to continue its work towards a democratic and peaceful solution?

In the present situation, support from the international community is key. Faced with a government that is illegitimate, given that it was elected in a fraudulent election, we request the accompaniment and strong positioning of actors of the international community to help restore constitutional order, rebuild the democratic system and create conditions for peaceful political change, and specifically for the holding of free and transparent elections. Along those lines, in January 2019, 188 independent CSOs made a joint appeal to the United Nations agencies, in which we demanded a coherent and human rights-based response to the current humanitarian emergency.

Civic space in Venezuela is rated as ‘repressed’ by the CIVICUS Monitor.

Click here to see this article in its source.