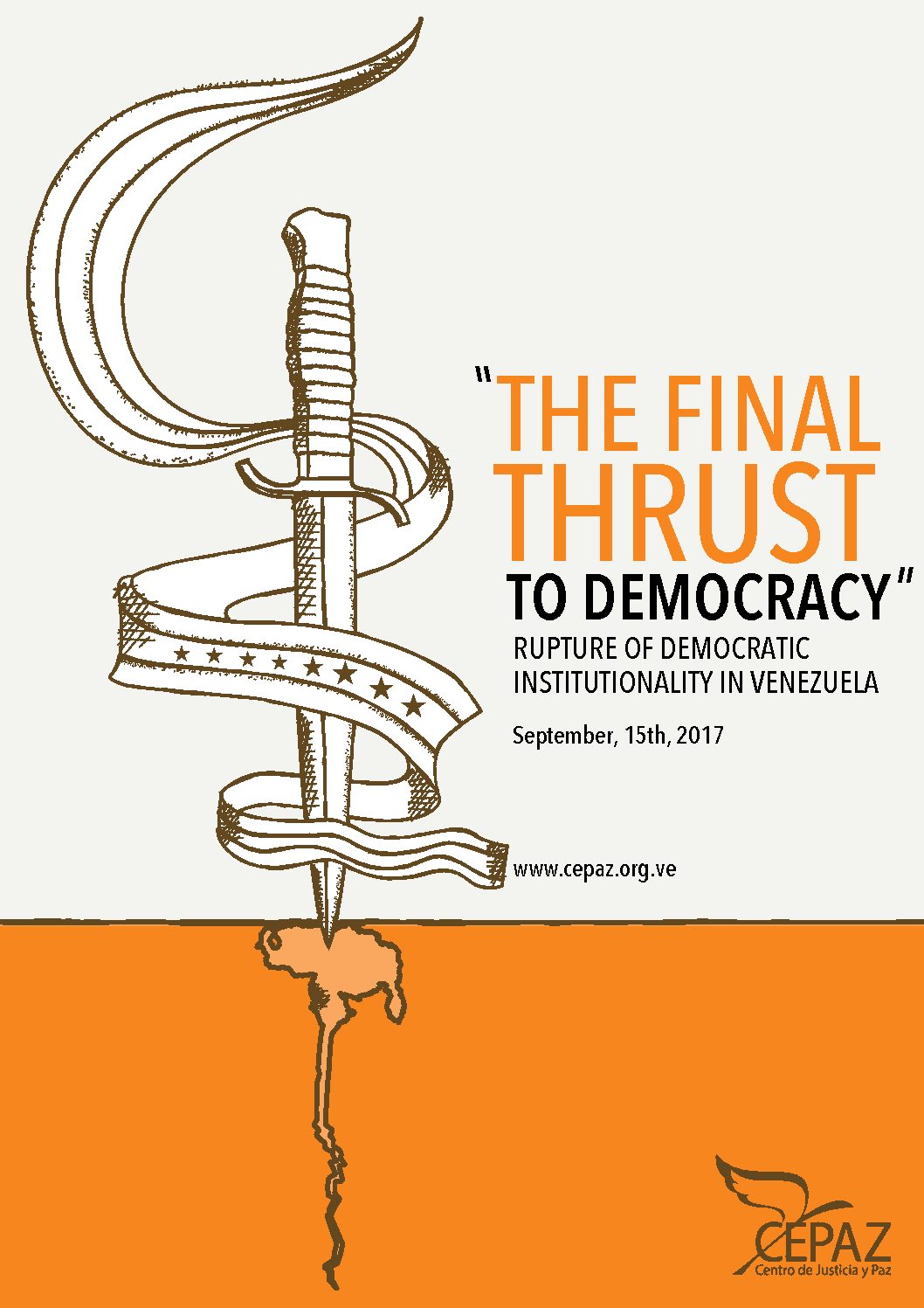 “The Final Thrust to Democracy”. Rupture of Democratic Institutionality in Venezuela

The deterioration in the democratic order in Venezuela during the last ten months, since the Executive Branch and other governmental actors have attacked the main pillars of democratic freedoms, having as final thrust the execution and installation of a National Constituent Assembly, as a parallel body to the National Assembly. Thus, this episode brings us closer to an obscure chapter of contemporary history, since the antidemocratic character of the governmental authorities is evident.

The presentation of this report was aimed at presenting the most relevant events that have taken place during the presidential term of the current national leader, and how his actions have been aimed at maintaining political power above what is established in the national and international legal order, as well as popular will and expression, without neglecting the calls of attention of the international community. In this sense, a series of actions have taken place in which the human rights of the population have been deliberately and systematically violated.

Likewise, it has been established that the lack of autonomy and separation of public powers has been a constant logic that has eliminated any vestige of public trust, regarding the institutional order. Therefore, this fact presents a context in which subjection to the Rule of Law is derisory. Not surprisingly, Venezuela is recognized as a Failed State.

All these maneuvers and political stratagems radiate a bad example of the country to the rest of the members of the global village, while pushing Venezuela back to that Hobbesian hypothetical state, in which all are against all. Therefore, we indicate that the democratic order is in emergency, hence, it requires the accompaniment and strong positioning of other actors in the international community to help restore the constitutional order and reconstruct the democratic system, in order to generate the conditions that would make possible the peaceful departure of the national President, the renewal of the bodies that make up the public powers, and the celebration of free and transparent elections.

However, due to the absence of certainty, the total absence of guarantees, and the loss of confidence of the citizens in the authorities that lead the State, it is imperative that all measures of persecution and punishment of political dissidence be stopped. Likewise, it is necessary to demand investigations, answers, and accountability in the case of reports of torture, injuries, disappearances, and deaths caused by the institutional violence of the Venezuelan State. Also, it is desirable to limit the actions of the NCA, since it is an element lacking in all democratic legitimacy and functionality. See more