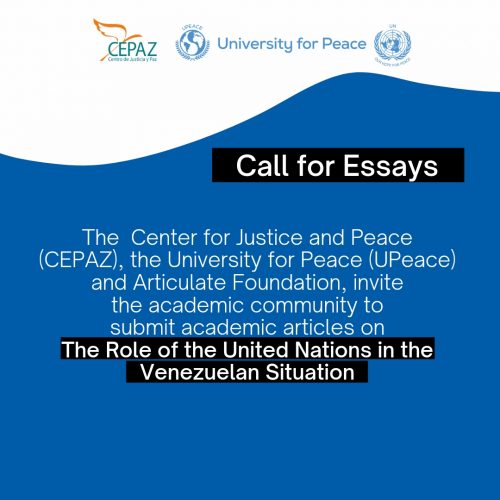 The United Nations Security Council has long been divided on whether the Venezuelan crisis constitutes a threat to international peace and security. This must be understood in the context of what constitutes the largest exodus of people in recent Latin American history and one of the least funded crises in modern history. According to United Nations estimates, 5,448,441 Venezuelans have left the country. This number is probably higher, since it does not include Venezuelans who are undocumented.

Despite the amount of information about the Venezuelan crisis which is available in international decision-making spaces in UN bodies, the Security Council and the United Nations Human Rights Council, do not have the analytical, descriptive, explanatory or propositional information in order to understand the international peace and security dimensions of the Venezuelan crisis and the role that the international community can have in the reconstruction of democracy in the country

Within this framework, the Center for Justice and Peace (CEPAZ) and the University for Peace (UPeace), invite the academic community to submit academic articles on The Role of the United Nations in the Venezuelan Situation. The following are proposed as topics to be addressed:

The three best articles will be awarded as follows: