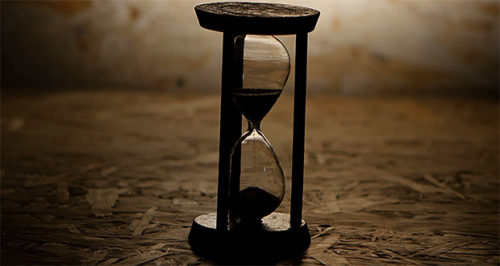 Hi Venezuela, You’ve Reached the ICC. Can We Put You on Hold?

For Cepaz by Dr. Mark Kersten

In September 2018, six states – Argentina, Canada, Chile, Colombia, Paraguay, and Peru – jointly referred the situation in Venezuela to the International Criminal Court (ICC). Their decision to ask the ICC to investigate alleged crimes against humanity committed by the regime of Nicolás Maduro was unprecedented. Never before had states pooled their power and influence in order to issue a multi-lateral referral to the Court. Observers of the ICC and those affected by violence in the country could be forgiven for thinking that the joint referral would lead to swift action by the Prosecutor of the ICC. An investigation into Venezuela seems as likely to be opened next week as in ten years – or perhaps even never at all. The timing of events at the Court is unpredictable. But that may soon change.

Why the Joint Referral?

Seven months prior to the joint referral, the ICC Prosecutor had launched a preliminary examination into the situation in Venezuela. The country is a state party to the ICC and, despite purportedly being in the Court’s crosshairs, has not intimated any interest in withdrawing its membership. Any alleged international crimes being committed in Venezuela are therefore fair game for the ICC; they fall under the Court’s jurisdiction. One might then ask: what was the added value if the situation in Venezuela was already being examined?

Firstly, the referral obviated any need by the Prosecutor to seek the approval of judges to open an official investigation. This removed a legal obstacle that would, invariably, delay the opening of any investigation by at least the few months it takes ICC Judges to decide on such matters.

Second, the coalition’s referral was a demonstration of multilateral interest in an ICC investigation and an act of political support for such an outcome. As Nicholas Ortiz opines, “the referral does bolster the work of the Prosecutor by demonstrating that there is political will towards addressing the situation of Venezuela at the Court (…) It gives the Prosecutor, in the long term, the ability to expedite the opening of an investigation.”

Notably, investigations are opened much more quickly into situations that have been referred to the ICC by states (or the United Nations Security Council) than those that are opened proprio motu ­– upon the Prosecutor’s own volition. In theory at least, the referral should therefore have spurred action by the ICC Prosecutor to move towards an official investigation while raising the costs of dithering or not doing so. As Daniel Marín López and Aaron Acosta write, it should provide the ICC with an “undisputable opportunity to investigate grave crimes in Venezuela”.

Of course, we cannot discard the possibility that the referring states were more interested in the political ramifications of an ICC referral than the consequences of an investigation. Their actions may have been borne more of a desire to put pressure on the Maduro government than a conviction about the utility of an ICC investigation. But for all intents and purposes, the joint referral communicated political interest in an official investigation and removed a legal obstacle to doing so. The real impact of the referral was therefore to speed up the timeline of decision-making, to spur on the preliminary examination, and to galvanize an investigation.

The Gears of Justice Grind Slow – And Patience is Wearing Thin

It is not so much that the ICC is slow, although that has been a common critique levied against the institution; the real problem is that there appears to be little-to-no coherency to the timing and duration of decisions at the Court. Be it the Office of the Prosecutor requesting to open investigations or issue warrants or Judges deciding whether or not to grant such requests (hello, Afghanistan!), there is no apparent logic to why the organs of the ICC do what they do or when they do it. Sometimes things move deftly. At other times, decision-making seems glacial. This unpredictability could plausibly be strategic – but there is no indication that this is the case.

For the better part of its existence, the ICC could point to ‘growing pains’ for the lack of efficiency or the seemingly ad hoc manner in which many decisions were made. Many of the decisions that the ICC had to make were being made for the first time by any international tribunal. The leash was fairly – and rightly – quite long. But with a string of stinging prosecutorial defeats in the courtroom, protracted decision-making on cases like Afghanistan, poor crisis and communication management in response to states opposed to the Court, self-defeating and tone-deaf moves such as the Court’s own President suing the institution, and concerns about the quality of staff, state patience is running thin. Just a year ago, the United Kingdom – whose conduct in Iraq is under preliminary examination – declared that some investigations and examinations “are as old as the Court itself. This situation is not sustainable.”

Most member-states of the ICC, including the ICC, remain committed. But they want more bang for their buck – and a better return on their moral and political investment in the Court. One area they are increasingly homing in on is preliminary examinations.

This shouldn’t be surprising. Some states, like Afghanistan and Colombia, have experienced decade-long preliminary examinations. Others, like those into Iraq and Israel, show no signs of ending any time soon. There have long been concerns that preliminary examinations are used by the ICC to point to the fact that it has a more geographically diverse set of situations under its microscope than is, in fact, the case. The interminable preliminary examinations – and the lack of any real sense of how long they can or should take – has resulted in growing consternation. Even if one is unsympathetic to the states facing examination, as I have explained elsewhere, preliminary examinations can begin to feel like purgatory.

Under pressure from various actors, the ICC Office of the Prosecutor (OTP) has taken notice of these concerns. In its most recent Strategic Plan, it covered the issue under Strategic Goal 2, which seeks “to increase the speed, efficiency and effectiveness of preliminary examinations, investigations and prosecutions.” The Plan adds that:

“While continuing to systematically identify efficiency gains and cost savings, the Office will focus on optimising preliminary examinations, further prioritising amongst investigations and prosecutions, developing a clear completion strategy for situations under investigation, developing narrower cases where appropriate, preparing and advocating for more expeditious court proceedings, and optimising cooperation with partners.”

To be clear, the conduct of preliminary examination has become one of the single most important and useful aspects of the ICC’s work. It has gained increased attention from scholars and practitioners alike. The yearly reports on the Office of the Prosecutor’s ongoing preliminary examinations shed invaluable insights into the operations of the Court and represent something of an early Christmas gift to observers keen to understand the ICC. Staff in the unit that conducts preliminary examinations – the Jurisdiction, Complementarity and Cooperation Division – deserve kudos.

To be clear: the ICC does have to become more efficient. It is notable that the Strategic Plan speaks directly to identifying “cost savings”, yet another indication of the pressure put on the Office of the Prosecutor to make preliminary examinations ‘worth’ their cost. States should, however, be careful not to nickel and dime preliminary examinations. There is no ideal speed for such an exercise. Some should be short and intense, others more of a slow-burn that carefully and cautiously encourages domestic efforts to address mass atrocity crimes. There should be no cookie cutter approach, and everything should be done to avoid perpetrators waiting out the clock on preliminary examinations or forcing the Prosecutor to pursue an investigation or arrest warrants that her office isn’t prepared to back up with solid evidence. We know all too well the consequences of shoddy investigations at the ICC.

How long will Venezuelans have to wait for an ICC investigation? It’s impossible to say – and a fool’s game to guess. It is interesting, however, to note the seeming lack of excitement among ICC staff following the joint referral of Venezuela. This is particularly surprising given political context in which the referral was made – in the wake of the Trump administration’s belligerent attacks on the Court. Outside observers appear far more excited about the legal and political implications of the joint referral than ICC staff. Perhaps chief Prosecutor Fatou Bensouda is worried that the joint referral was little more than symbolic action with little-to-no follow through or forthcoming cooperation. Maybe the OTP simply has too much on its plate and has other priorities to fulfil before the Prosecutor steps down in 2021. Or perhaps the Prosecutor is worried about being instrumentalized, although this is always the case, and the OTP has historically shown an active willingness to be used so long as it serves the interests of the Court.

Again, no one can say how long it might take for the Prosecutor to decide on Venezuela. It is more likely than not to be yet another data point indicating a lack of consistent reasoning in the timing of preliminary examinations and investigations. That should concern proponents of the Court. Such incoherency breeds the view, rightly or wrongly, that the ICC uses time itself as a means to practice its own politics and mitigate that of states – rather than serve the interests of justice or victims.