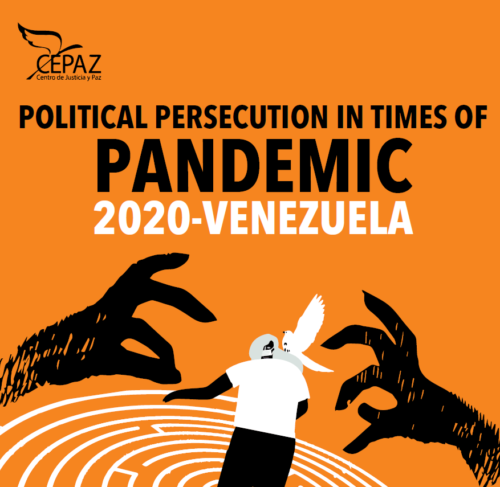 Political Persecution in Times of Pandemic 2020

The multidimensional crisis that exists in Venezuela and the complex humanitarian crisis has been emphasized in times of a pandemic. The de facto government has used the health emergency to continue with the declaration of a state of emergency, which already has been unconstitutional for more than 4 years, and which, now being necessary to safeguard the lives of Venezuelans, has been used to violate rights and apply greater restrictions that, far from addressing the emergency, further deepens the pre-existing crisis.

In this sense, the regime has continuously threatened the autonomy and independence of individuals and organizations, through the systematic and continued application of patterns of persecution against opposition leaders, human rights defenders, communicators, the health guild, the Venezuelan
returnees, and in general the entire population through a state control policy as a mechanism of perpetuation in power.

In this report we present the situation of persecution and violation of the human rights of Venezuelans since the beginning of the declaration of state of emergency by the regime. And how these practices are exacerbated, exceeding the level of violence and arbitrariness, which violates the free exercise of civil, political, economic and social rights, particularly the right to due process, political participation, association, respect for physical integrity, freedom of opinion and demonstration, among others.